Overheard in The Peanut Gallery...

...Or rather, in my van (where I'm sure many a peanut lurks in unexplored crevices).

Herr Benjamin is smart. I know I've mentioned this in the past. Tonight, he and I were driving home from dinner at my brother and sister-in-law's house. It was not a perfect evening; Benjy did all right for a while and then melted down. With ten of us in the house, including his rather loud cousin, he was quickly overwhelmed.

But riding alone, in the dark, with only me for company, set him straight. He likes the peace of silence and darkness.

Still, we talked. And I learned. About the military conflict in Somalia way back when, before he was born. And in Yugoslavia. I learned about military expenditures around the world ("Picture a bar graph. This bar's American military spending. This one's China's. Here's Germany [I know, not that much. that's a GOOD thing, mom]."

Benjy continued, "I think we spend too much on war. I also think we should pay more at the gas pump. Can Obama do something about that?"

Oy vey, let's keep him away from the Obama camp, shall we? Talk about spoiling an election!

But all that is nothing. Just Benjy being the savant in backwards clothing that he is.

What was truly amazing was this exchange:

"Mom, I CANNOT go to school with this new tic. [New tic involves snorting and blowing through nostrils. I am intimately acquainted with that one.] Everyone will notice! I can't bear that!"

I told Ben that the Joy School is the best possible place for a boy with tics. He considered this. Then he said, "I have Asperger's. I also have tics. Saskia is always getting sick and has those muscle cramps (read: joint pain). I guess we're about even."

"That's true," I told him. "And most people have challenges they have to face. I certainly do, and so does Dad."

"Asperger's," he told me, "is actually a benefit. I mean, it makes you smart, and when you have all these obsessions you learn all about stuff and really retain it. That's pretty cool."

"Absolutely," I agreed. "But, as with most things, there are upsides and downsides to it. Some of the things that are tough for you are that way because you're an Aspie."

Reader, this was a new one. It may have been the first time in history someone with TS uttered those words. I am glad I was there to hear it.

He continued, "I'm proud because I know I can handle it. I'm strong."

If I could have taken my hands off the wheel and my eyes off the road I'd have thrown my arms around him and never let him go.

"You ARE strong, Ben! And you know what? I admire you so much. I'm so damn proud of you. I never hear you say, why me?? I never see anger or bitterness over all you've had to bear. I just see you soldier on. And that is the best thing you can do. The best thing any of us can do. We accept the cards we've been dealt, we fight if it makes sense, and if it doesn't, we embrace our lives and find a way to live with grace and gratitude, even if we make funny noises or grotesque faces, or are socially awkward. That is all we can do."

"Mom?" he said thoughtfully. "Do you think I will be successful? Because I really want to be."

"I think you will be, Ben. Because I have faith you will overcome your stress around work and expectations. And once you are really able to work hard, the sky's the limit for you. You're a smart, charming, and good guy."

Thanks, Mom," he said, squeezing my elbow.

You know, when I was twelve, having Tourette's was a catastrophe for me. It truly was. Taking Haldol and getting chubby and zombified from it and being lonely -- these things were a terrible affliction. That my boy has reservoirs of strength whicheluded me, makes me so grateful. To him, to Lars and myself, to my parents, to all of his teachers and doctors and therapists -- the people who have formed him into the person he is.

Of course, kids like Benjy are always in flux. Next week, next month, he may not feel worthy even of living. And that is my constant fear -- that the pull of death will reassert itself. That Ben will remove the wax from his ears before I've had the chance to lash him to the mast. You can't survive the sirens' song if you're not tied to the ship's mast.


Posted by Deborah Vlock at 9:48 PM 2 comments: Links to this post

What I'm Up To

I hope your (waning) collective summers have looked like this: 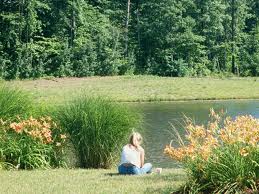 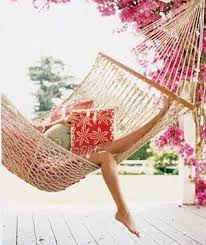 Mine has not been QUITE so blissful. But I do love the light, the cherry tomatoes ripe for the picking in our garden, and the lack of stressful HOMEWORK. I also like the later wake-up. Oh, yeah.

Here at Chez Delaunay we are dealing with several issues on the junior varsity level. Severe tics and growing anxiety on the one hand, and painful joints (one more piece of the lupus puzzle) on the other.

One cool turn of events: in spite of aching knees and elbows, Saskia kicked butt at her freshman volleyball tryouts and made the team despite stiff competition. I just hope the rheumatologist doesn't tell her tomorrow morning, at her appointment, that she can't play. That is one scene I do not want to witness.

Anyway, when not driving children all around greater Boston, here's what I've been (or will be) up to:

Thank goodness for unemployment!
Posted by Deborah Vlock at 1:33 PM No comments: Links to this post

When It Rains It Pours!

I always loved that Morton Salt logo: when it rains it pours. What a great pun!

And I often use that hackneyed phrase to describe life here at Chez Delaunay. Because bad things come in threes (or five, or tens, as the case may be). And just when I think I will have to get in my car alone and run away to Big Sur and sit just quietly, like Ferdinand the Bull (remember him?), and gaze at the flowers, or the sea, one of my kids does some beautiful thing that takes my breath away, or my husband tells me he loves me in just the right way, and I think, OK, I'll stay here.

Plus, remember: some Rockin' hermit crabs reside here, as does a Hellacious but quite superlative Hound. 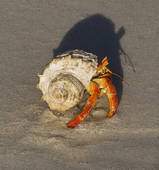 Anyway, the metaphorical rain storm is my excuse for not blogging recently.

Stuff like: Benjy unable to get to his summer program because of depression/anxiety/general non-functionality, and then, Bam! almost out of the blue, developing severe facial tics that make him look like he's having a seizure.

Saskia catching her monthly respiratory illness, developing a tenacious sinusitis that defies --defies! -- all antibiotic intervention  for five weeks and then foments a severe migraine, which emerges during our first vacation in many years. (I spent seven hours with Saskia in an ER on the Jersey Shore. This is something I can recommend to anyone interested in -- uh -- unusual human specimens.) Saskia felt and looked so damn sick I actually thought she was going to collapse on her walk from the parking garage to Children's Hospital on our visit to neurology -- 10th specialist in the past 1.5 years, I believe? -- the day we got back to Boston.

Six weeks of foot pain for me, and my foot blossoms into a huge thing that my brother R-- thinks looks like a loaf of bread and could suggest a blood clot. Panic ensues and I spend hours having x-rays and ultrasounds to rule out a fracture and a clot, respectively. All negative so I'm off next Monday to visit an orthopedist at one of the four area hospitals I frequent on a regular basis.

But readers, I'm not complaining. Because I just finished a book that makes our lives look like a picnic. It also happens to be a beautifully written, poignant, and, finally, hopeful memoir of parenting a child with mental illness (sound familiar?).

The Boy Who Loved Tornadoes is about Chase, whose illness is quite different from Ben's. Chase has severe, severe psychosis, and his mom, Randi Davenport, is single during the worst of his illness. I do not know how she does it, advocating and caring for Chase and his typical sister, Haley.

But actually, I do.

When people say to me, "I don't know how you do it," I reply,  "You would do it, too. You just do what you have to, because the alternative is simply unacceptable." People have amazing stores of strength and courage, actually. Some folks can stand up to a gunman, to terrorists. Think of those brave people who saved lives, though not their own, by standing up to the 9/11 terrorists over that field in Pennsylvania. I could never, ever have done that, but I have my own strength. Randi Davenport has hers. The 9/11 heroes had theirs. Soldiers, and doctors, and social workers have theirs. Our strengths are of different sorts, but people really are capable of great things, as much as the current social and political discourse seems to belie it.

Last night I took Benjy to see Diary of a Wimpy Kid: Dog Days, and as we walked into the theater he said, "Hey, can we sit apart from each other, in different rows?" And I said, "Really? Because I would quite enjoy laughing with you." And he said, "OK." And when it got really funny, he laid his head on my shoulder and laughed and laughed. After a while he just kept it there, making contact with me in a way I totally loved. And the darkness all around us was its own blessing: it hid his facial grimaces, his rolling eyes and jerking head, and spared him social stress and embarrassment for a whole two hours.

If that weren't enough, Saskia has been positively huggy these days. She keeps waylaying me and holding me tight. She's letting me know that, even if she's fourteen, she needs me and loves me.

What did I do to deserve all this? The good and the bad, I mean. I don't know, and I'm trying not to question it. I think I'm just going to go have a loooong shower.

Good news is, I'm back, and I'll try not to stay away so long next time, even if it's pouring.
Posted by Deborah Vlock at 6:40 PM No comments: Links to this post